WATCH: New Reporter's Reaction on Approaching Herd of Bison Went Viral
Share Tweet Email 0 Comments
NEXT> Astrologer Speaks Out About the Future of the Coronavirus Pandemic
Sunday, June 20, 2021
STAY CONNECTED WITH US 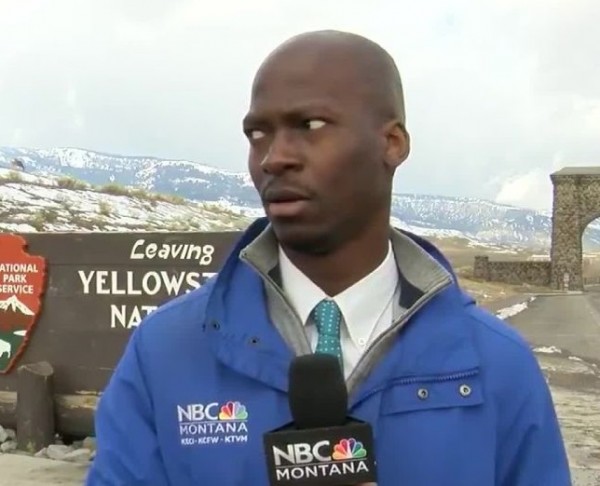 A local television reporter from Montana went viral this weekend after his hilarious video ended with him running away from a herd of bison that walked towards him. Deion Broxton from KTVM, a CNN affiliate, was reporting at Yellowstone National Park on March 25 when he saw something move out of the corner of his eye, when he turned to look he saw the herd of bison approaching him.

The Yellowstone National Park is temporarily closed because of the coronavirus pandemic. Broxton's camera was still rolling when he encountered the animals and he posted the hilarious moment on Twitter. The bison can't be seen in the video, but he later shared what he saw.

In the video, Broxton can be heard panicking as he paused for a moment and darted his eyes back and forth between the camera and the herd of bison. He was clearly exclaiming "Oh my God. Oh my God" and he said "Oh no, I ain't messing with you. Oh no.Oh no. Oh no, I'm not messing with you." as he walked out of the frame and his behind a car.

Broxton then grabbed his camera which was still recording and immediately stashed it in the trunk of his car. He captured the herd of bison that was approaching him when he was in a safe place, and the bison were massive. He posted his whole encounter, including the footage of the bison, on Twitter. Netizens did not waste time and made him into a meme, describing people's reactions to everything from a person who heard something ridiculous, from someone coughing a few feet away from you to people interrupting you while you were talking.

The Yellowstone National Park saw his upload and tweeted that it was the perfect example of how to react when you are approached by animals and they thanked Broxton for following the Yellowstone Pledge to act safely and responsibly into action. The National Park Service also shared a diagram to show the public how far they should stay away from wildlife and from each other.

The herd of bison in the national park

In July 2019, a 9-year-old girl got into an accident and was flung into the air when a bison charged and hit her when she got too close to the animal. She was immediately treated and she got minor bruises from the incident.

In August 2019, a family was caught in the middle of a bison stampede and they were trapped inside of their car. The herd charged at them and damaged the car that they rented for their vacation. Luckily, none of the family members were injured during the incident.

ALSO READ: Man from Ohio Crashed His Sister's Wedding with a Llama