Yellowstone Volcano has been rocked for several times already- 111 in the total count- since the past month, and many volcano experts believe that the volcano is active again.

Earthquakes have been rampant all across the globe in different countries since the late last year. However, reports have toned down from other countries in the recent weeks- except for Yellowstone volcano. Just recently, it has been reported that the volcano has been producing earthquakes around the area and has already sparked concerns from volcano experts and authorities. Many of these volcano experts have predicted that the volcano may be starting to prepare for an eruption, but scientists say otherwise. 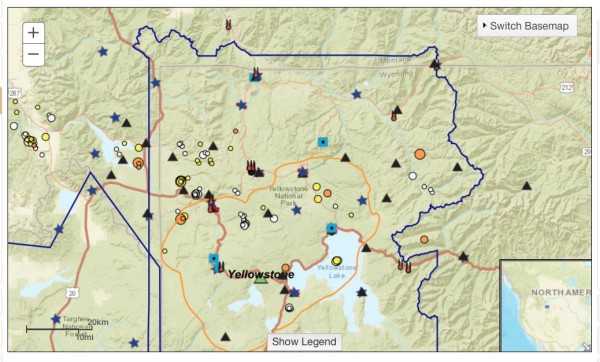 According to scientists, they are certain that Yellowstone volcano will not erupt anytime soon in the future, but they do not deny the fact that they are also worried about the volcano's recent behavior.

It's not only scientists and volcano experts who felt the same worry, but also the people who live near Yellowstone National Park. A random person went on Twitter and tweeted that he hopes for "God to help them" in regards to the recent and rampant earthquakes happening around the areas of Idaho and Utah, which are the closest city to the volcano and will mostly be affected if ever the volcano erupts.

Another person replied to that tweet and added that the volcano won't be that close to erupting, or maybe close to a full eruption, but it looks like that the whole area is starting to heat up.

People are also starting to worry about the volcano's actions and even thought that if the volcano really will erupt, it will become a "total societal collapse," given that there are many nearby towns around the volcano. 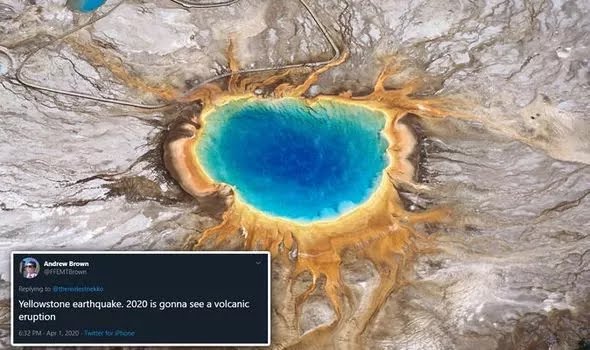 One person also shared a tweet on the same thread that based on the volcano's recent behavior, the (possible) eruption could be the worst thing that could happen in 2020.

Recorded earthquakes in the past month

One of the closest city near Yellowstone National Park, Idaho, was recently struck by a 6.5 magnitude earthquake last April 1. The earthquake was reported to be one of the strongest recorded shakes that even Canada was able to feel it. 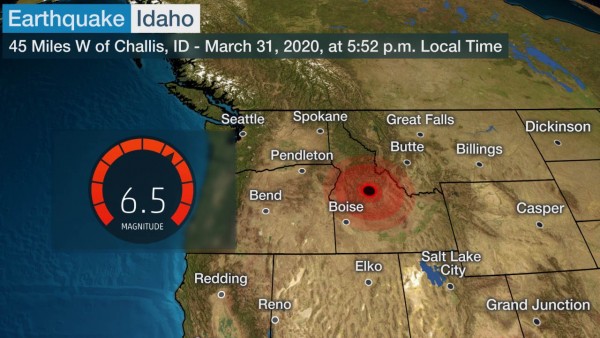 According to the US Geological Survey (USGS), they have recorded a total of 111 earthquakes that were caused by Yellowstone volcano, and it spread throughout the whole Yellowstone region only in March.

According to the University of Utah Seismograph Stations that were located at some parts of the Yellowstone region, they also reported two earthquake swarms between March 5 and March 29.

The USGS also reported that the largest event ever recorded was the minor earthquake located five miles north-northwest of West Yellowstone, which happened last March 13 at 9:36 am MDT. The earthquake recorded a 3.1 magnitude.

USGS also revealed that the largest earthquake swarm that occurred was just about seven miles east-northeast of West Yellowstone. There were 19 recorded earthquakes that ranged between 0.0 magnitude and 2.1.

The second earthquake swarm hit was recorded about nine miles east of West Yellowstone, which had a magnitude record between 0.1 and 1.7.