Considered to be one of the world's most deadly arachnids, the Goliath birdeater is indeed recognizable aside from its vicious features. The spider's size is enormous, and it makes it dominant towards its prey. 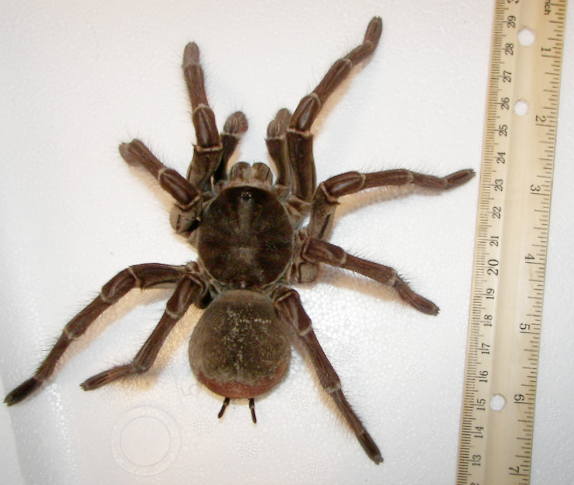 The Goliath birdeater is commonly known for its size and its capability of killing birds. The ability to prey on birds makes it the biggest spider in the whole world.

However, there is more to the Goliath birdeater than any person can think and imagine.

As for its size, the Goliath birdeater is almost one foot wide and weighs about six ounces. With that, it is considered to be the world's biggest spider. However, that is only based on its weight. Other spiders are bigger than the Goliath birdeater, just like the giant huntsman spider, which is larger physically because of its large leg span. 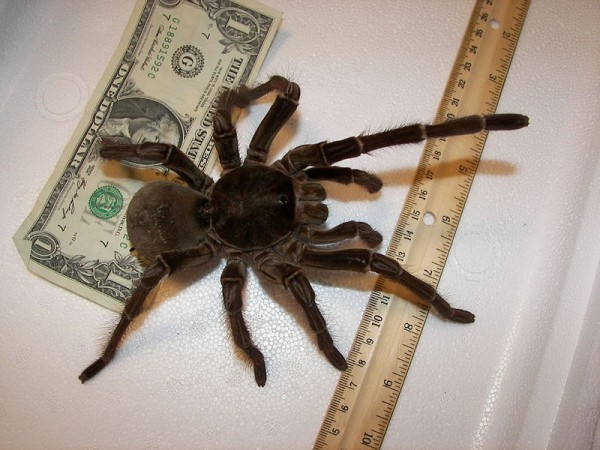 The Goliath birdeater is known for its scientific name Theraphosa blondi. This spider is very intimidating, and it strikes fear the moment one sees it near. The spider has a colossal body that is covered by barded hairs. The hairs are called urticating hairs, and as they look intimidating, it also causes much pain when it touches other creature's skin. The Goliath birdeater also has equally large fangs that add to its fearful physique.

When they attack their victims or fight off much larger forest predators such as the coati, Goliath bird eaters grow bigger than its usual still-large size and stand up on its hind legs. When they grow, they show off their extended legs, long limbs, and deadly, long fangs.

The Goliath birdeater is intimidating by nature. And to make themselves more intimidating, these huge spiders rub their long, hairy legs together. According to science, this tactic by spiders is called stridulation, where they make a hissing noise that can be heard by any creature from 15 feet away. This is only not prominent to spiders but snakes and other deadly insects as well. 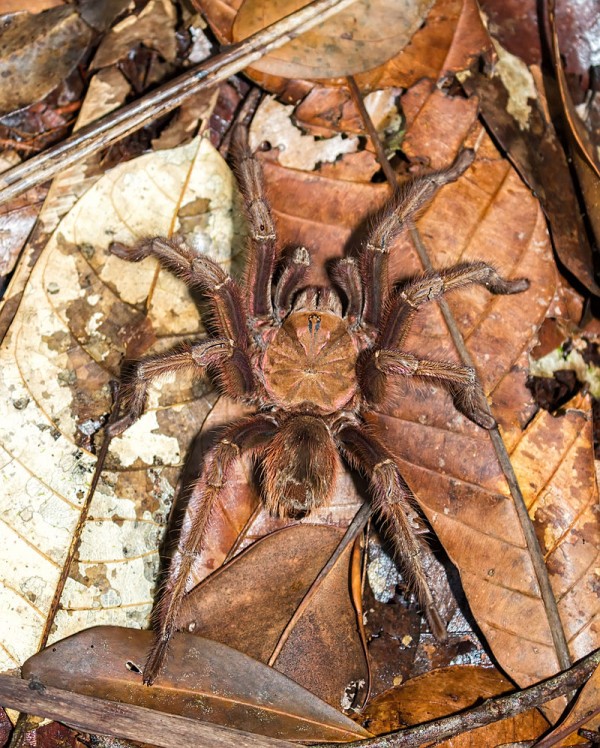 The stridulation also allows spiders to release its sharp hairs that are deadly to its prey. It is can also stir away predators and makes it a perfect diversion for the giant spider to get away with threat and danger.

The name Goliath birdeater is derived from its scary and fearful reputation among other organisms in the area. However, they are less scary than their name. Despite its large legs and enormous body, they can prey on birds, but they prey more on frogs, insects, and rodents.

These giant arachnids are nocturnal, so they are mostly active at night. They hunt for food during night hours. Although they are arachnids, they have poor eyesight, and they use their leg hairs to detect animal activity.