Noah's Ark Graveyard Discovered: How Did the Great Flood Happen? 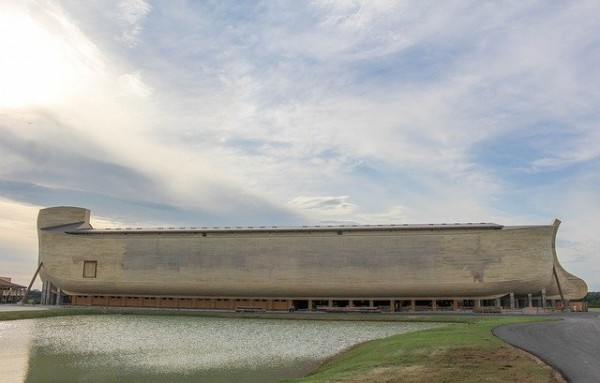 Scientists say that they can solve a famous mystery from the Bible. Thanks to a haunting deep sea graveyard filled with ancient shipwrecks. Oceanographers who were accidentally mapping the seafloor found the graveyard in 2016. You can find it off the coast of Bulgaria in the Black Sea. The site might tell us about the origins behind the legend of Noah's ark.

You can find the deep sea graveyard hundreds of meters below sea level. People call the area you see it in "the dead zone." The shipwrecks you find here date back to 400BC, which is older than various civilizations. You can find up to sixty ancient Greek ships on the site. There is no oxygen found this deep in the sea, which preserves the shipwrecks perfectly.

The ship's wood is free of any decay, and that keeps the carvings and structures in excellent condition. A few of the wrecked vessels are in good shape where you can examine each of the chisel marks on the hull. You can see the chisel marks with your eyes with no need for tools.

There are many questions about Noah's ark has questions that the shipwrecks found here can answer. A few scholars theorize that the flood that ended the world started in the Black Sea over seven thousand years ago.

The flood's purpose was to wipe out the world's violence and corruption. The legend of Noah's ark originates from Enuma Elish, which is a creation myth by the Babylonians. You can also find the story in the Epic of Gilgamesh from Mesopotamia. This was before people knew it as the Bible's story of Noah's ark.

Some Theories About the Flood

In Walter Pitman and William Ryan's bestseller book from 2000 called Noah's Flood, scientists specializing in marine biology had a theory. Their theory was that around twenty thousand years ago, the Black Sea was originally a small freshwater lake that a giant land bridge cut off from the Mediterranean Sea. The unproven Noah's flood theory says that the last Ice Age ending started the decay of the land bridge.

The polar ice caps melted, and that caused the Mediterranean's water level to rise. Rising water levels caused a shocking seawater deluge, which was about two hundred times stronger than that of the Niagara Falls. The surge of water caused the Black Sea to expand significantly, which caused flooding at a high rate of a kilometre every day. The water swallowed up an area that was as big as Ireland.

Scientists discovered the former shoreline of the Black Sea in 2000. They believe that the old coastline is where it used to be before the flood. They found it after they excavated buildings that ancient civilizations built a few kilometres from the coast of Turkey.

The Black Sea Maritime Archaeology Project has scientists hoping that the soil samples they extracted from close to the shipwrecks in the deep sea graveyard will help see the credibility of the Noah's Flood theory. They're hoping to reveal the truth of whether the Black Sea's catastrophic flooding is true or false.