Scary Truth About Exorcisms: Catholic Priest Shares Its Similar To What We See In Movies
Share Tweet Email 0 Comments
NEXT> Woman Recreates Pin-up Girl, and Its Perfectly Hilarious!
Tuesday, December 07, 2021
STAY CONNECTED WITH US

Scary Truth About Exorcisms: Catholic Priest Shares Its Similar To What We See In Movies 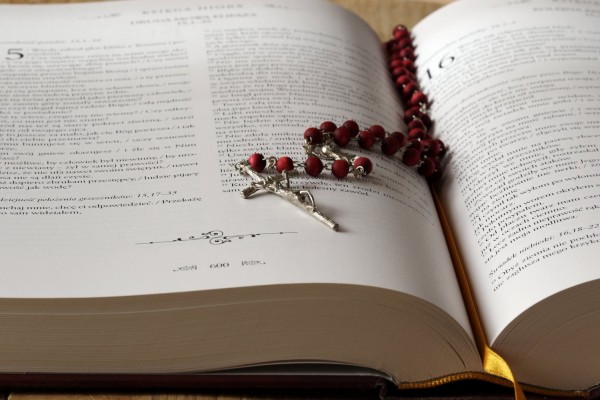 In 1973, the movie The Exorcist was released, and even though it was a blockbuster hit and received critical acclaim for its storyline and visual effects, it also brought fear and hysteria to its audience as it showed allegedly true possession and exorcism scenarios.

Even though it was just a film, a lot of priests claimed that the horror movie showed what it looks like in the front line of an exorcism, and what the victims do when they try the cast the demon and evil spirits out of them.

The horror of exorcism

Ron Feyl-Enright, a catholic exorcist who appeared as a guest on the podcast The Conspiracy Show with Richard Syrett, claimed that he once saw a victim possessed by a dean float right up to the ceiling, and the said victim stayed in the air for 6 hours. Feyl-Enright said that in all the years that he had done exorcism, he could say that he had done about 2,000 involving rituals. In those 2,000, he'd say that he had witnessed levitation about a dozen times.

Feyl-Enright, who is also the Archbishop and Chief Exorcist of the Sacred Order of St Michael the Archangel, said the levitation always started the same way in those victims that experienced it. The victims would slowly come up from the bed or the floor all the way to the ceiling and they usually stay there, if not minutes, hours. The levitation of the victims of possession defies the laws of gravity.

Feyl-Enright added that victims would be hovering and it takes a series of prayers from the priests and their assistants to combat the levitation and other effects of possession. He added that because everyone is praying during the exorcism, the victim would slowly come down, and even though he already witnessed it multiple times, he said that he still can't get used to it and sometimes he would stand on the side dumbfounded.

After everything that he has witnessed, Feyl-Enright said that the scenes that we see in movies like The Exorcist are accurate, and he also described that the victims of possession get unusual greyish skin just like a cadaver. Those who are possessed would usually curse at priests in Latin, even though they have never learned the language.

According to Feyl-Enright the victims would should, curse and even tell the secrets and sins of those people in the room, even if the victim does not know them personally. He said that the victim would insult everyone in the room and look around, point at an individual, and expose them with all the negative things that they did and are keeping, obviously trying to wreck the individual's mental health.

Bob Larson, another exorcist, stated that he once witnessed a woman pick up a man that was twice her size and throw him across the room. He also shared about the time when a woman who was possessed and tried to attack him but was held back by 9 men.

Not everyone believes in exorcisms, and exorcisms, possessions and demon encounters are often ridiculed by those who claim that they are fake. However, Larson dismissed the critics and said that he had been doing exorcism for 40 years and there are instances that could not be explained by science.