While we have already heard many stories of mutant animals, such as a pig who was born with an elephant trunk, or a zonkey, which is a combination of a zebra and a donkey. 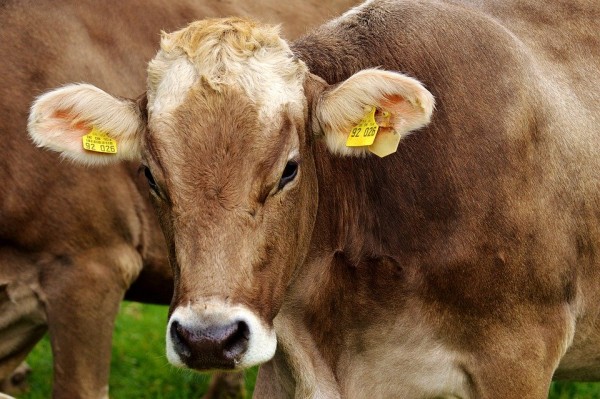 Just recently, another mutant animal was born. Many people think it was a very strange mutation compared to others that they have seen on the news and reports.

In a farm in Wessington Springs, South Dakota, USA, a mutant calf was born with a very strange physique. The calf was reported to have two heads. The family who owns the farm was shocked with the features the calf has, and they said they have not seen such creature born in their herd for five generations.

According to the owner of the farm, Scott Kolousek, they were only halfway through the 2020 calving season when he discovered that one of their cows was having a hard time delivering a calf. 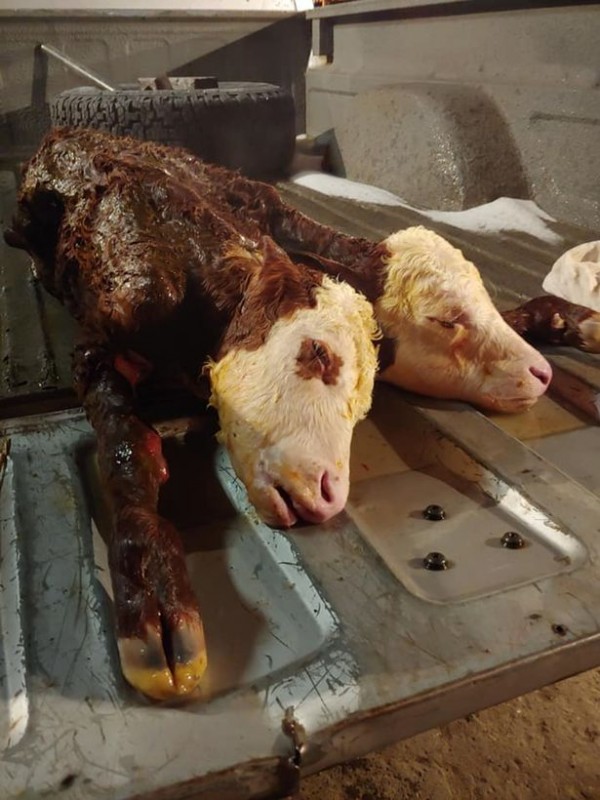 The little calf was already halfway through her mother's exit since its legs and head were already out. According to Kolousek, it seemed like everything was normal, and that they don't need to call a vet for a caesarean section. However, the cow is really having difficulties with the delivery. Thus, they decided to go to a vet and they were told that a further c-section.

According to Kolousek's wife, Amber, they were not aware yet that the calf was not normal until the vet was able to pull the body out during the c-section process.

When they saw the unusual calf, Amber shared that they were completely shocked. According to her, they have never had a double-headed calf. She shared that they get about 700 calves every year and they have done calving seasons for generations. Kolousek is the fifth generation on the farm, and it has been years before the family got into a two-headed calf encounter. 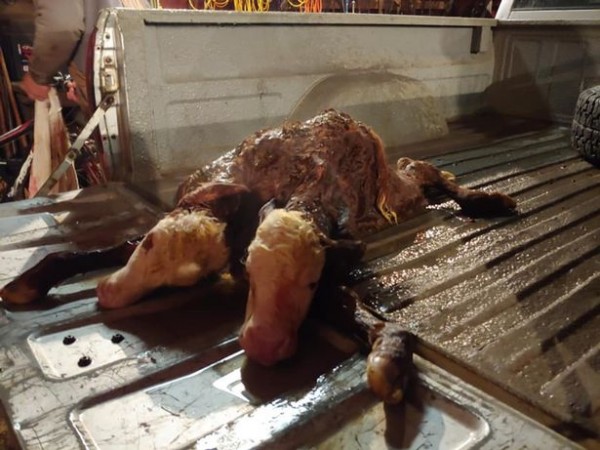 Amber also shared that this two-headed calf was the first in his husband's generation.

The family was super shocked with the two-headed calf, including the vet who performed the c-section to the mother cow.

Unfortunately, the calf did not survive the delivery. However, when it came out the mother cow's womb, other farmers who are friends with Kolousek was surprised with the calf's features, and they find it a little "creepy" to look at.

The farmers and vet who surrounded the calf were more concerned of what the calf looked like. According to them, the calf had two heads attached to two spines which was joined to one pelvis.

According to Kolousek, they have had several pairs of twin calves in their herd of cows, however, they have not experienced such two-headed calf being born to one of their cows. He also said that with the looks of the mutant calf, it seemed like the two calves were almost twins since it had two different spines. 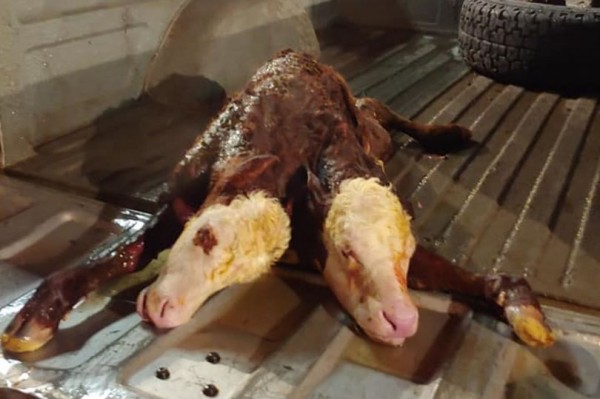 According to Amber, in the early stages of pregnancy, the egg splits to become identical twins. However, there are circumstances where the process does not fully complete. Thus, mutants happen.

They believe that the two-headed calf was supposed to be twin calves, however, since the process did not fully complete, they were stuck in one pelvis.