The German automobile manufacturer is popular for its SUVs, sedans and not to forget the sports cars. And the name Porsche is synonymous with high performance.

Porsche is amongst the most coveted cars, by people all over the world. But, there are a whole lot of lesser-known things that you might not know. So, here we present 30 amazing things that you didn't know about Porsche.

1. The founder of Porsche, Ferdinand Porsche, founder worked for a company, titled, Lohner, where he created electric cars, powered by electric motor.

2. Porsche founder made the first hybrid car in the world, way back in 1899. Named, "Semper Vivus" the car was an electric car and the generator was created using an internal combustion motor.

3. "Semper Vivus," the first electric car that was built by the founder had brakes on all of its four wheels. Another world's first!

4. Do you know where the first VW Beetle was built? It was in the private villa of Ferdinand Porsche.

5. Porsche founder built the "Sascha" on request for, Austro-Daimler, who was a rich filmmaker. The car was much smaller than other cars but was a lot more powerful.

6. Ferdinand Porsche proved the point with "Sascha" that smaller cars are more successful when it comes to winning a race. The car won 43 races, which includes the 1922's Targa Florio, the legendary automobile race.

7. Ferdinand Porsche was also the designer for the Auto Union cars. The collection also featured the Auto Union P, which had a mid-mounted 16 cylinder engine.

8. The year 1939 saw Ferdinand Porsche coming up with the fastest car on Earth of that time, the Mercedes-Benz type 80.

9. The Mercedes-Benz type 80 had a projected top speed of 470 mph. However, the record run was marked a quarter century later.

10. The horse on the Porsche Crest and the Ferrari Crest are similar. However, for Porsche, it makes a lot more sense as it is an integral part of Stuttgart, the home of Porsche.

11. The first sports car that made it to the road, from the company, Porsche was mid-engined. It was called the Porsche 356. It was thought by all that the car had a rear engine.

12. The first prototype of the Porsche 356, the 356/1 had its engine in front of the rear axle and just behind the driver. It was for better balance and the car proved this when the car won a hill climb race, in Innsbruck.

13. The 365 model of Porsche was built in an old sawmill in Gmund, Austria for two years. The car had aluminium bodies and not the steel ones, which made them much lighter in weight than the others. 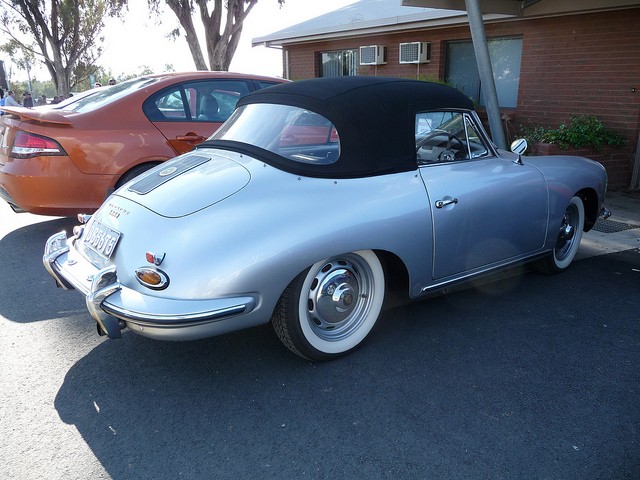 14. The Porsche 365 was used by the Dutch police. It was a year after its production had stopped that the company built 10 Porsche 365.

15. Ferdinand Porsche also developed a Formula One car that has four drive wheels. But, unfortunately, the Porsche 360 Cisitalia never raced as the car was not developed due to lack of funds.

16. The race cars from Porsche were called the 'secretary cars.' As they were built by secretaries!

18. The Porsche 911 was almost named as Porsche 901. However, the iconic model however, got its name as 911 after Peugeot objected to the use of 0-number, which is their traditional nomenclature.

20. The first chronographic watch in the world was developed by Porsche. In black color, the amazing watch imitated the gauges in a car and was developed way back in 1972.

21. Statistics suggest that the number of races that the Porsche race cars have won is a whopping 24,000.

22. Along with automobiles, Porsche was also into designing tractors for farming.

23. The history of tractor designing saw Porsche not just making tractors for normal farming, but they even developed special tractors for coffee farming. It was gasoline powered so that the diesel fumes would not influence the taste and flavor of coffee.

24. When it comes to Linde Material Handling's forklifts design, Porsche has been winning the award since the early 1980s.

25. The cockpit of the Airbus A300 was built by Porsche! Along with several advances, they also added the digital screens in the cockpit for the pilots, rather than the analog ones. 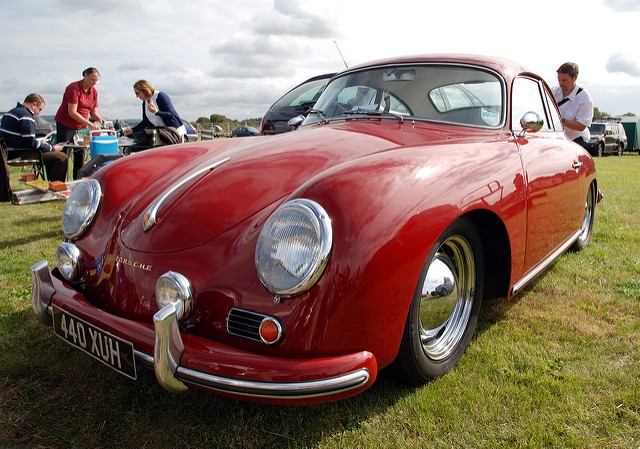 26. Porsche has showcased its special efforts and dedication towards technological advance and performance. The Porsche 959 was another product from the company that can be rightly categorized under the most technologically advanced supercars, with about 200 mph.

27. The 959 not only won at the Le Mans, but also at the Paris Dakar rally, which is touted to be the toughest race in the world, due to the hardest terrain.

28. The Porsche 944 had passenger airbags and was also amongst the first one to be sold in the United States with this feature. It was way ahead of the others, who were at that time charging even for the steering wheel airbags!

30. We all know that Porsche is an established and amongst the most popular automobile companies. In this article, we also saw that Porsche was also in designing tractors, forklifts, as well as, the cockpit of the Airbus A300. Well, another fascinating fact that we would like to add here is that Porsche even designed a grill!

These are some of the interesting things about Porsche that you probably did not know.